Skip to navigation Skip to main content
CITY OF KRAKÓW

Krakow is the most recognised Polish brand in the world, a city visited by about 8 million visitors annually. They are attracted by the one-of-a-kind atmosphere and the largest historical complex in Poland, unique on a global scale, which encompasses over 6000 priceless architectural structures, as well as the diversity and high standard of cultural events.
The city has a population of almost 800,000, and approximately 210,000 students are taught at Krakow’s 32 universities. Its convenient situation in the geographical centre of Europe led to Krakow's becoming an important stop-o¬ point on trade routes connecting the East and West as early as the Middle Ages, and Krakow’s Main Market Square was the largest in Europe.
Krakow and its surrounding areas o¬ffer a potential of unlimited opportunities for tourists. Here, they will discover the treasures of the Old Town, the historical monuments of the Jewish Kazimierz district and the charm of Zwierzyniec, as well as the socialist realism atmosphere of Nowa Huta. And only a few kilometers from the centre – the tranquility of the Benedictine Abbey in Tyniec towering over the banks of the Vistula, or a little further, the picturesque landscapes of the valleys near Krakow, Niepołomice Forest, Ojców National Park and the exceptional underground chambers of the Salt Mine in Wieliczka.
When following, by means of Krakow’s trails, in the footsteps of kings, artists and scholars, one can sense and learn more about the history, traditions and contemporary aspect of the whole of Poland. The famous Krakow best walking distance guarantees the possibility of taking in the most interesting places in the city while venturing no further held than the distance of a short walk, during which it is worth noticing the numerous cafes, pubs and restaurants, full of life at almost every hour of the day and year.

Additionally, a rich and diverse array of hotels awaits tourists coming to Krakow*, as well as an excellent transport infrastructure, and also an extensive network of railway connections not mentioning a modern airport (Krakow Airport) named after John Paul II in Krakow-Balice.

Over 36.000 m² of conference space, an Auditorium ready to host 1900 people, a spacious and multifunctional foyer adapted for activities such as hosting of exhibitions and sponsor and exhibition stands; additionally, the building’s excellent location in the centre of Krakow – these are only some of the assets of the multifunctional ICE Kraków Congress Centre erected in Krakow, an investment made by Krakow’s municipal government.
The centre, opened in 2014, is a modern world class building, meeting the requirements of international congress organisations, as well as the highest acoustic and stage mechanics standards. The building has been designed in such a way as to host various types of congresses, conferences, concerts, theatrical shows, exhibitions and other prestigious cultural and social events. The high standard of the building place it among the most desired and exclusive congress centres in Europe.
Travelling from the airport takes about 20 minutes, and from the railway and bus stations, it takes barely a quarter of an hour to get to ICE Kraków. 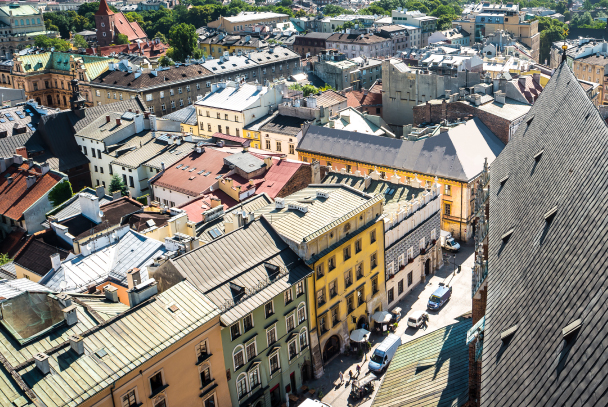 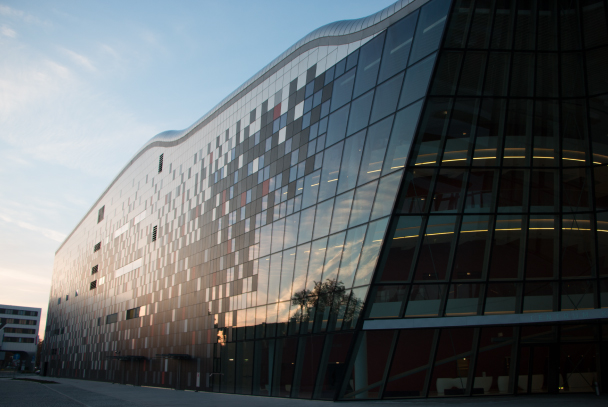 How to reach the congress center?